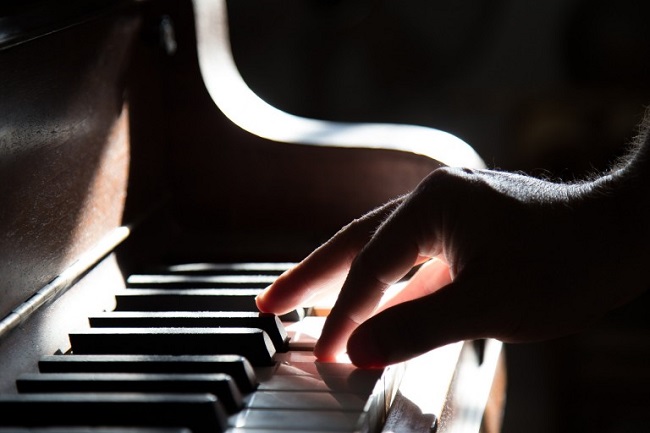 Emotion and creativity: Playing the piano is the improvisation of active happiness in different brain networks.

“The excitement and creativity are closely linked,” they wrote the authors of the study, added that “the neural mechanisms that underlie creativity may depend on the emotional state.” While many researchers have studied the activity of brain cells during tasks Creative, none has directly addressed emotional expression during improvisation of the piano. The piano in particular is very flexible, allowing musicians to incorporate a variety of musical features, including tone and rhythm, to express an emotion.

For the new study, the research team used fMRI technology to explore what happens in the brain during piano improvisations inspired by specific emotional cues. Specifically, the team wanted to identify if there was any specific emotional motivation in a musician that would influence the brain systems.

To achieve this, the research team showed 12 professional jazz pianists three different pictures representing a positive, negative or ambiguous emotion and asked them to improvise separate musical compositions for each one. For positive photo, a woman smiles; for the negative, the same woman appears in difficulties; For the ambiguous image, she does not show any clear feeling.

Inside the brain scanner, pianists improvised music on a keyboard as an interpretation of their emotion in each photo. Meanwhile, the research team, led by Dr. Charles Limb, a surgeon and a jazz saxophonist, observed the activity taking place in each musician’s brain.

You may also like to read another article on WeiWeiCS: The importance of learning to play a musical instrument

It is important to note that, according to researchers, decreased SMA activity is not only related to the level of motor activity, since, on average, musicians were playing with more notes during positive improvisation in negative or ambiguous comparison.

In general, each emotional improvisation induces changes in the angular gyrus, precuneus and perisilvian language areas (along with the changes observed in the dorsolateral prefrontal cortex and SMA). “Within jazz improvisation, certain emotional states can open musicians to deeper flow states or more robust stimulation of reward centers,” wrote Limb and colleagues.

Based on these results, the team speculates that the urge to create art can come from a desire to stimulate these regions of the brain. Like food, art nourishes the spirit.