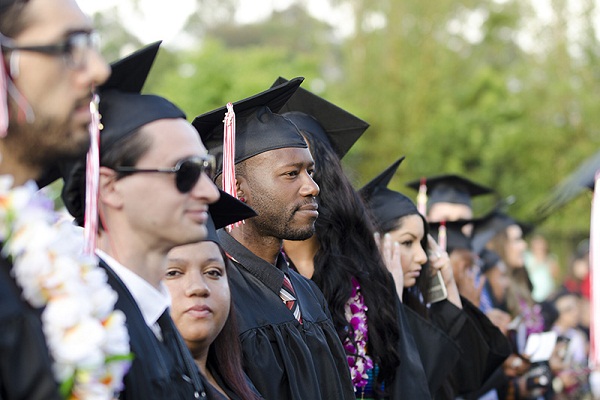 There are all kinds of cities for recent college grads in the United States, and the right city for you all depends on what you studied and your particular personality. There’s a lot of small cities that have a lot to offer, but for the purposes of this article we’re going to look at some of the best major cities to live in if you are in your early 20s. It doesn’t matter if you went to AU Online or one of the Ivy League colleges, each one of these places has something unique to offer you. Here are the best cities for college grads in 2016.

There’s no better city to live in if you graduated with a degree in one of the computer sciences than San Francisco. It’s also great if you graduated in graphic design, business, or in fine arts. However, if you are an artist, you’re going to need a pretty lucrative job offer in order to live in San Francisco. It’s one of the most expensive cities in the nation, but it’s definitely worth it if you can pay your bills. It’s also where all the Internet startup professionals who work in Silicon Valley tend to live and play.

Los Angeles is another great city in California for those who are in the startup world, but it’s most known for its opportunities in the entertainment industry. Whether you are an actor, screenwriter, filmmaker, sound engineer or makeup artist, this is definitely the city for you. These days, there is also an enormous art scene happening, so if you are some kind of visual artist, you definitely want your work shown in an esteemed Los Angeles gallery.

New York has almost all the same things to offer as Los Angeles, only it has a completely different vibe. Not only is the weather much harsher, but the whole culture is different. New York is smart, efficient, gritty, and above all else, New Yorkers have attitude. So if you want to make it in the Big Apple, you’re going to need a very aggressive and resilient personality. It’s also one of those cities where you need to make a lot of money, even if you plan to live in the outer Burroughs.

Another great city for young college grads is Austin. This is especially the case if you are a musician. Austin has one of the most exciting and vibrant music scenes in the country. It’s a lot like the rest of Texas in the way that the people are very warm and inviting, only it’s got a much more liberal vibe to it politically. Because of this socially progressive attitude, music isn’t the only scene you will find. There are all kinds of opportunities available for artists of all disciplines, and the city’s own motto is “Keep Austin Weird.”

If you studied any of the life sciences from one of the major New England schools, like Northeastern University, then Boston is definitely the city for you. In fact, Boston has the highest number of life science researchers of any other city in the country. Just make sure you really know how to drive, because the streets of Boston can get pretty scary.